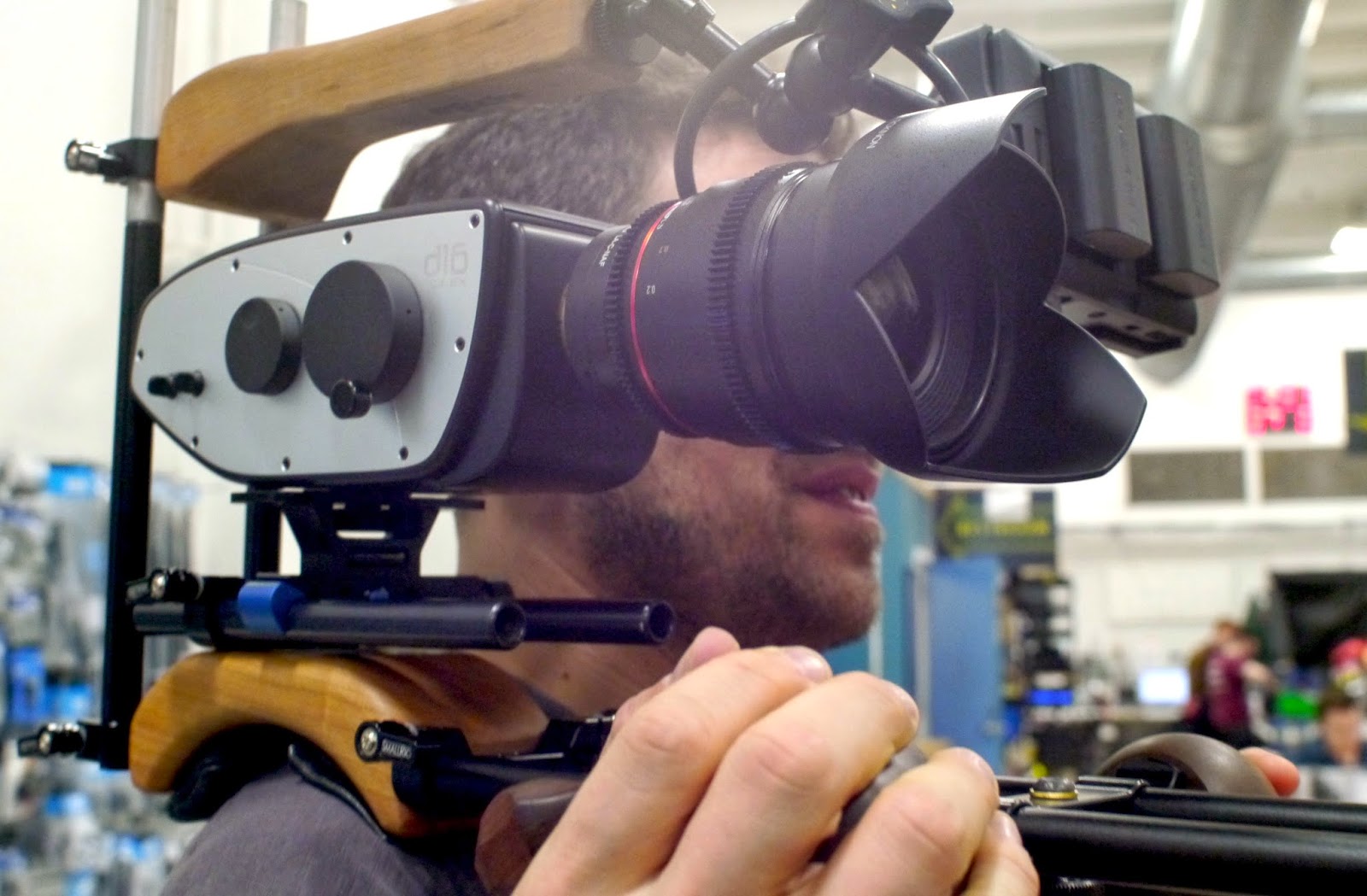 I went down to Gotham yesterday to meet up with Daniel Zox and his brother Andrew.  He had just taken delivery on his digital bolex and we wanted to see if the flyweight rig would work.  We found that it was a good fit, the only thing that we missed was a counterweight, like an Anton Bauer plate.  I used the Redrock Micro DSLR riser it wked beautifully.  We started with the Alphatron EVF but settled on the Small HD DP4 and Loop which is my personal favorite.
Bad news, I just saw that the Loop is out of stock until June. 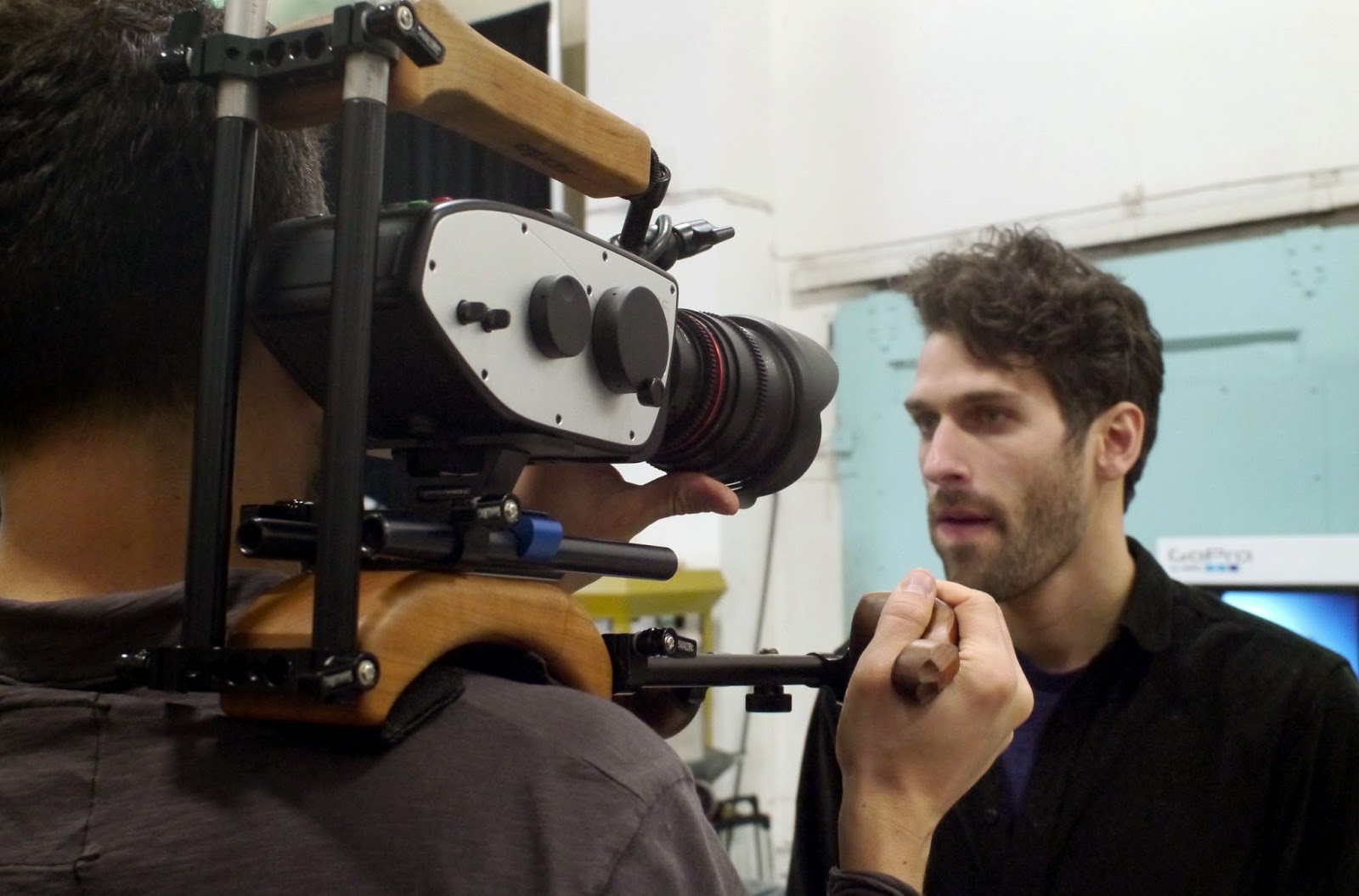 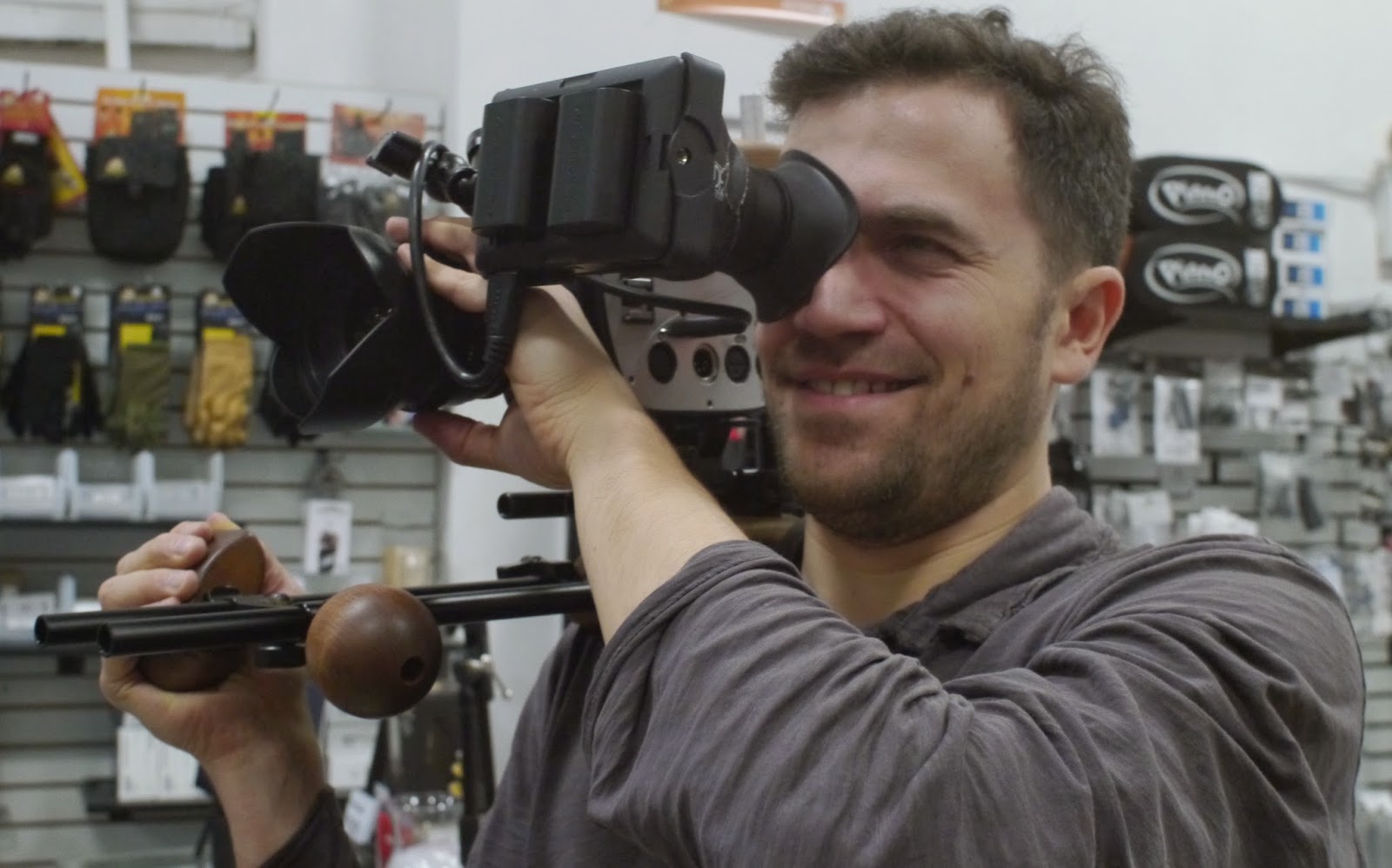 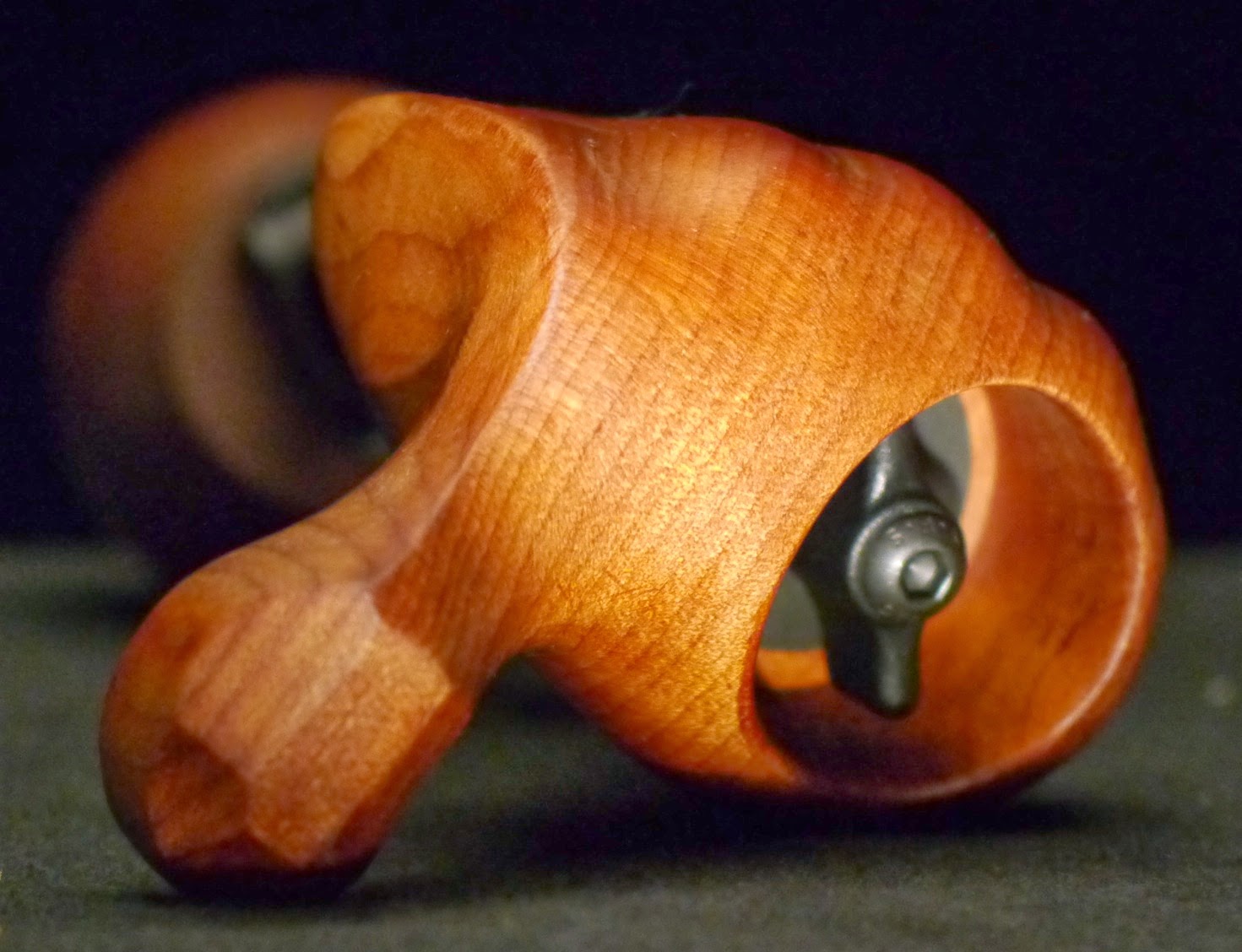 The top handle and blade are made of Black Cherry, the grip is part of an experiment with Ancient Kauri which is found in bogs in New Zealand where it has been buried for the past 50,000 years.  It is the oldest workable wood on the planet and with a little effort it gives a wonderful shimmering finish which is very smooth even silky to the touch.

It is not yet for sale but if you are interested drop me a line - ergocine@gmail.com. 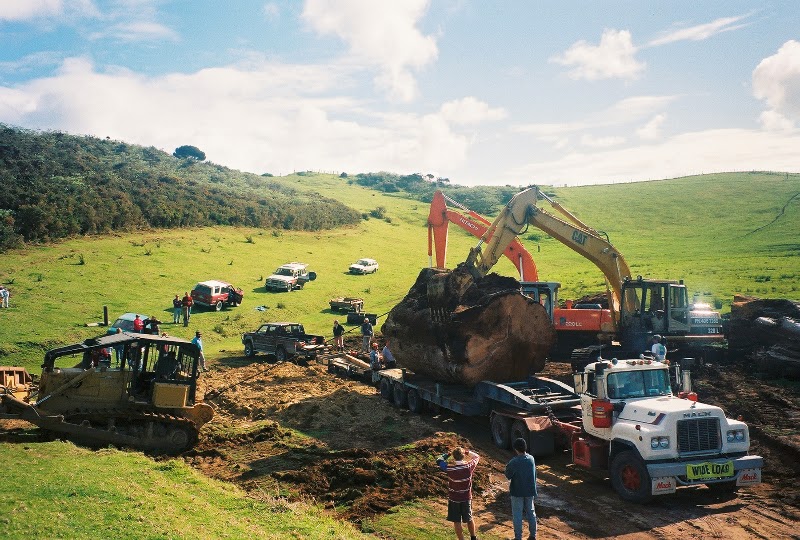 The trees grew for nearly 2000 years before they were buried. Some have a girth of around 40 feet, and a total height of nearly 200 feet.
Only the lower trunk section and ball root structure is predominantly found. The trunk tends to taper to a "V" shape as the portion of the log lying above ground has decayed to ground level. Some logs are on a 20 degree angle into the ground suggesting they have fallen over with force, probably under a larger tree that has fallen on to it. For this reason complete round logs lying deeper in the ground are occasionally found. 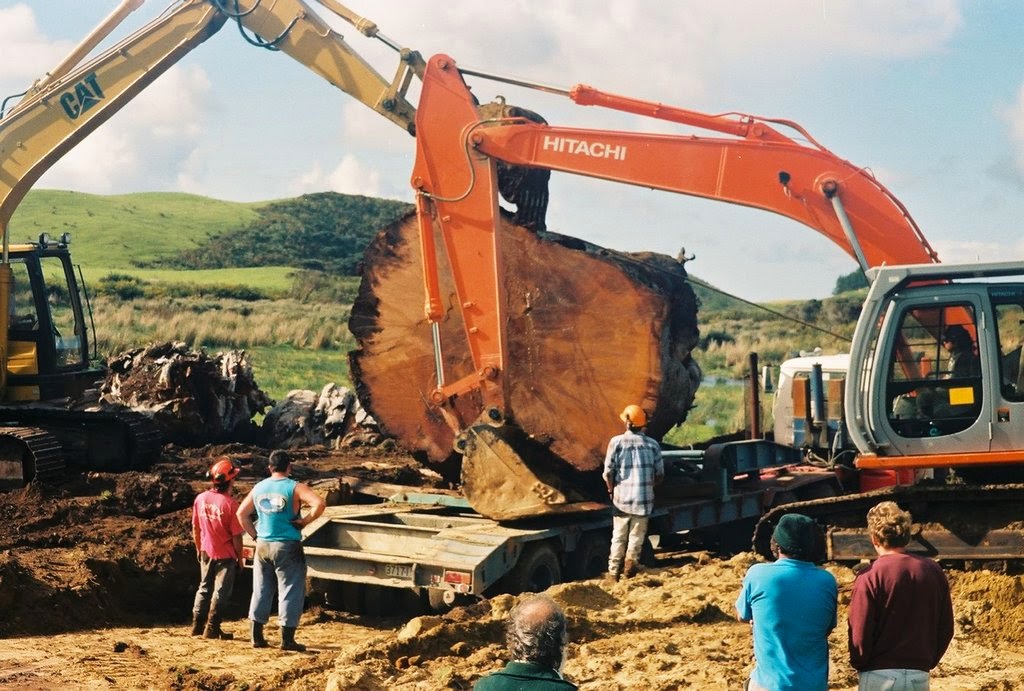 Extraction of the logs is time consuming, expensive and technically difficult requiring skilled operators of heavy machinery. Working in wet conditions each log must be carefully brought to the surface. After the log has been removed, the area is then restored to its original contours.
The extracted kauri has become an alternative source for old-growth wood supply and often finds its way to furniture builders, boat makers, and wood artisans.
A trademark of swamp kauri is deep, shimmering streaks of iridescence, called white bait, found in some of the wilder grain patterns. This particular grain is named after schools of New Zealand whitebait fish that emit a similar pattern when swimming in one direction.
Posted by Unknown at 10:14 AM